A play for 5 actors, depicting internecine warfare backstage at a stuffed-animal museum in Cromer. 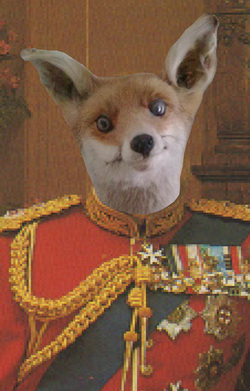 When Ma and Pa Ezekiel died in a car crash, their grief-stricken children agreed to hold on to the main item in the estate: the crumbling Victorian marvel that is Forbes’ Cabinet of Wonders, a seaside exhibition of historical tableaux peopled by rabbits, foxes and squirrels.

Now, however, two years have passed, and sentimentality is giving way to a harder reality:

Jonathan, the eldest, a fading TV soap star with a range of addictions, is desperate to sell;

Trinity, the youngest and most responsible of the siblings (her work as a lawyer subsidises the running of the museum), is equally keen to keep the place open;

and Angie, an artist unspoilt by success, is caught, as ever she was, between the other two.

Complicating the negotiations is the presence of Auntie Fetch – a loyal family friend to whom promises have been made – and Trinity’s consort Noah, a vigorous young Israeli gentleman who raises the temperature owing to his enthusiastic interest in both of his girlfriend’s siblings.

READ ALL ABOUT IT!

If you’d like to know more about The Ragged Regiment or request a read of the script, contact Robert Cohen at bobbycoco@gmail.com

One of the key inspirations for The Ragged Regiment was the semi-legendary Victorian stuffed-animal attraction Potter's Museum of Curiosity – seen on a childhood excursion in the late ’70s at the collection’s then home in Arundel, West Sussex. The collection was later moved to Jamaica Inn in Cornwall, and has since been broken up and auctioned off. Click here to see a Daily Telegraph feature on the collection, written at the time  of its last public showing at the Museum of Everything.
Having won the Sussex Playwrights’ New Play competition, The Ragged Regiment received  its first public reading at the organisation's October 2013 meeting. Taking part were Heather Urquhart (Trinity), Jenny Rowe (Angie), Robert Cohen (Jonathan), Erica Smith (stage directions), Peta Taylor (Auntie Fetch) and Henry Francis (Noah).