A Sustained Note of Fury

A melanchomedy for performance by two actors (1 m, 1 f) 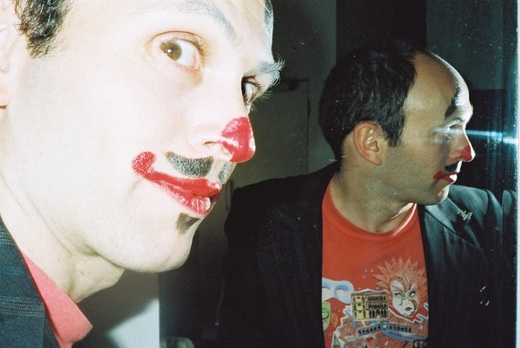 He’s back now, though, back at Stubberfield’s for the old man’s funeral, accompanied by his long-suffering wife and manager, Adele, and eager to step into Papa’s oversized shoes.

Ah, if only life were that simple...

The result of a 4-year R&D process, this two-hander focuses on a crossroads in the lives – both professional and emotional – of Otto and Adele Ronaldi. As they negotiate the task of clearing out the old man’s caravan, we learn about Otto Sr’s paranoia, about his ill-fated lion-trainer wife, and especially about Otto Jr’s relationship with Adele, for whom the securing of the clownic succession becomes increasingly crucial; while for Otto it will be a lifelong dream come true, for Adele it will mean time to spend on younger, more lucrative clients, and freedom from the emotional weight of a man who has drunk too long from the cup of disappointment.

A Sustained Note of Fury was premiered at Smallhythe Place, summer 2008, performed by Robert Cohen and Peta Taylor, under the direction of Johnny Worthy.

If you'd like to know about the life-long research process that went into the writing and staging of A Sustained Note of Fury, click here to read Robert Cohen's Amazing Circus Diaries.