THE TRIALS OF HARVEY MATUSOW 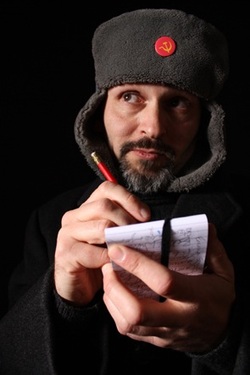 ​England, the late ’60s. Harvey Matusow is a long way from home. Home, for the record, is New York, but it’s been a while since he was welcome there.

Still, he keeps himself busy.

Perhaps if he did he’d have time to reflect on the events of the previous decade, when  political flirtation with such as Joe McCarthy led his younger self from national fame to national infamy to jail – and finally into exile. 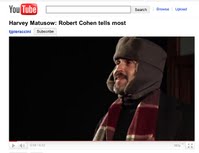 Click pic to watch
The Trials of Harvey Matusow was the result of 12 months’ research in the archives of the University of Sussex, where Harvey Matusow’s papers are held. Directed by Ralf Higgins, the show was premiered at the 2010 Brighton Festival, picking up a Best Male Performer nomination at the Latest Awards and later going on to be honoured with the FringeReview Outstanding Theatre Award.

Online resources include a mini documentary, Harvey Matusow: Robert Cohen Tells Most, and a Facebook page. Extended versions of the reviews below can be accessed via links to the Matusow Reviews page or to original web pages.