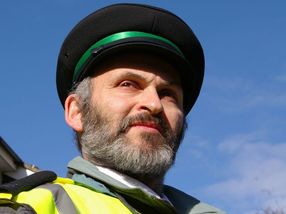 In addition to Something Rotten, which earned its author/performer an Argus Angel award at the Brighton Festival Fringe, last year saw the return to the Monkeydog repertoire of two other Robert Cohen one-handers, High Vis and The Trials of Harvey Matusow. It seems only logical to take the next step, and so, in the early spring of 2017  all three shows will be presented back-to-back for the first time, playing at the Sweet Dukebox as part of the Hove Grown Festival.
​
Reflecting Cohen's strange affinity for unpopular protagonists, the three shows have been scheduled under the umbrella title  Men Without Friends, with one show to be performed on each of the three nights 30th March to 1st April. 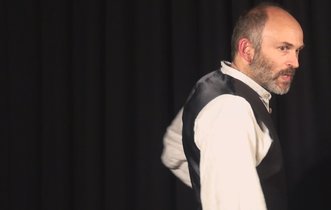 Kicking off on 30th March will be High Vis, the tragicomical tale of a traffic warden fighting off the unwelcome attentions of an airgun-toting stalker.

​
Meanwhile, the Hamlet paraquel Something Rotten, seen to award-winning effect at the Brighton Fringe this spring, is being adapted for broadcast on the London arts station Renaissance Radio.

On 22 November, Robert will join UoS academics Diarmuid Hester and Doug Haynes  at the Latest Music Bar, in downtown Brighton, for a discussion aimed at answering the question, "Who is Harvey Matusow?". Then, on 23 November at the same venue, Robert will perform The Trials of Harvey Matusow. Tickets for both events are free, but must be booked in advance by emailing bookings@thelatest.co.uk.

​The point is this: not since Joe McCarthy's four-year red-hunting reign of terror in the early '50s has such a cheerfully reckless demagogue had so much damage within his grasp. Standing as we are on the cusp of a new age of scoundrelsy, it's clear that there could be no better time to revive The Trials of Harvey Matusow, Robert Cohen's one-man show telling the true tale of a McCarthyite supergrass.

Harvey Matusow was an ex-red who spent four years as a professional witness - for McCarthy, HUAC and assorted others - then confessed to having made up most of his testimony. Somehow or other he ended up in England, and that's how his archives ended up at the University of Sussex, where The Trials of Harvey Matusow was later researched. Now the show is being revived as part of The Art of Lying, a two-night programme of Matusow-related events being staged as part of Being Human, a UK-wide festival of the humanities.

Robert Cohen can be Twittered at both @cohenbobbycoco and @HighVisTheShow