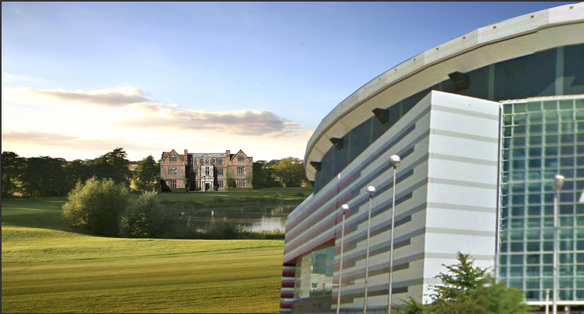 A novel about the increasingly problematic reunion between two old schoolfriends: a successful but troubled architect, and an equally troubled ex-footballer widely loved for his cheeky charm and his penchant for on- and off-pitch violence.

APPROPRIATE VESTMENTS
AN EXTRACT FROM Architecture For beginners

An ill-advised liaison with a colleague has caused architect Alex Broughton to be ejected from his marital home and sidelined from a major work project; somehow this has led to his taking up semi-permanent residence in the Hertfordshire mansion of old schoolfriend and football legend Reggie Cullen. However, a partners’ meeting seems to Alex to hold out the hope of reviving his career and his position in charge of the Chipping Malpass Civic Centre project.


Albert Speer never went to work in his pyjamas.

Hitler’s architect: guilty of so much he got away with, but innocent at least of ever having turned up for work in his nightwear.

That was all I could think.

That was my response to the stifling of my career.

Sat there before my colleagues, watching as the poison lips of Oliver Grant smiled forth my sugar-coated death sentence, I ought, according to logic, have been girding my loins for the fightback; my thoughts were instead on Albert Speer, and the gross unlikelihood that he ever went to work in his PJs. The Fuehrer, perchance, I thought; towards the end, when living and working in the same convenient bunker – he, at a stretch, might just have got a little bit informal. But Speer? No way.

All of them were present. All my good friends and colleagues – back from their travels and ready, or so I thought, to give me the fair hearing I’d requested; as promised, I was top of the agenda.

Five finely honed minutes were sufficient to lay out my cause in a clear, concise and emotionally disciplined manner. I was repaid with rapt attention, and, after I finished speaking, a continuing silence which seemed to me to denote respect, humility and just a little guilt. Everything was going to be alright.

And then Oliver spoke.

Oliver. Not Trevor – not the venerable Trevor Crisp, sole surviving original contemporary of Velvet Fist Senior, co-founder of the company that had bailed out myself and my coke-beaked albatross of a partner. Trevor – universally regarded as the wearer of the pants and the power behind the velvet throne: he, if anyone, should be preordained to pronounce on this divisive and potentially damaging matter. Yet Trevor was not the one to speak; the one who spoke was the aforementioned albatross, and as soon as he started squawking I knew I was in trouble – I knew that nobody was going to change their minds, for those minds had all too clearly been made up before we commenced.

I could’ve done something. I could’ve waylaid him – indeed I’d every intention of so doing. As he moved forward with his up-softening tribute to my brilliant “groundwork” on the Terriss Centre, I was getting ready to weigh in with a point of order. Surely, if the Velvet Fist was in the chair, it was for he, Maurice, to recognise Oliver and give him clearance to speak; it was not for Oliver to launch straight into an oration.

Just as I was about to cut in, however, I heard him say something about the toll the project had taken not just on my marriage but also on my health.

Ah, but of course. Mental. Mental health. The balance of my mind – that’s what he meant. That’s when I knew the game was up, when I realised that any attempt to thwart him would unleash and evoke the spectre of Alex in his pyjamas.

I had now to concede that the pyjama protest had been a miscalculation. And yet, why? I could make a perfectly good case for coming to work in pyjamas every single day – why waste time changing when you could apply that time instead to the pursuit of architectural excellence? And anyway, what bearing has the way you dress on your ability to do your job?

Cue Speer. Always nicely turned out, was our Albert. Did that, I wonder, make him a great architect? A great human being? And what about the creep who designed Ronan Point? He’d a whole neckful, I’m sure, of really natty, really swingin’ Carnaby Street ties – big comfort to the poor fuckers who died on his watch.

No point in saying this aloud, though. True as it was, its articulation could have done nothing but give credence to the argument that I needed to take things a bit easy.

Aside from all of which, I couldn’t be bothered. It takes energy to fight someone like Oliver – and in such energy I was, I suddenly realised, quite deficient. Halfway through his confirmation of my new role as roving ambassador, I decided I would accede to whatever these people wanted; the only question was how much of a fuss I should make for the sake of appearance.

Even before Oliver finished speaking, however, and threw the floor open to questions and speculation about my exciting work with Reggie, I knew that I would make no fuss at all.